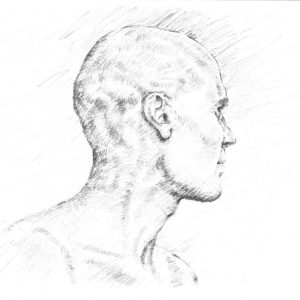 Allen, a 49 year old businessman, was diagnosed with an early cancer of the vocal chords in his larynx (voice box). This tumour was too big for treatment with radiotherapy only and traditional surgical treatments would have included total laryngectomy, removing all the voice box forever.

Along with Mr Winter (consultant ENT Surgeon) Allen was offered partial laryngectomy and free flap reconstruction to spare the unaffected half of his voicebox. Taking tissue from the scalp, mouth and ribs, the hemilarynx that was removed with the cancer was reconstructed.

Allen made a good recovery, maintaining the ability to breathe through his mouth, and speak, smell and swallow normally. In comparison to a total laryngectomy where the voicebox is removed in completeness, this is transformational surgery that preserves function and appearance in those who are suitable for it.